A century ago, on January 23, 1896, W. O Róntgen, in a public conference, announced the discovery of X-rays. To commemorate the anniversary, we have compiled various contributions to the development and knowledge of the new specialty, in Mallorca, of the Dr. Rovira Sellares.

After completing a brilliant baccalaureate, in April 1914, he began studying Medicine in the City

in Barcelona where he studied and passed all the subjects, except one, the last, of the fifth year, which, due to personal problems with the teacher, had to transfer the enrollment and pass it at the Faculty of Valencia in 1920, which is why The Bachelor of Medicine degree was issued by the Turia University.

He belonged, with pride, to a model student promotion for its application and for the number of medical figures that stood out throughout his professional life. Study companions were, among others, R. Alemany Vall, A. Amigo Sastre, P. Bosch Sola, A. Soler Bachs and the Majorcans A. Nigorra Reines, J. Estelrich Ferrer and M. Miró Fuster.

The group of students from his medical class (1914-1920), was always united by the bonds of deep friendship, camaraderie, faith and esteem, for which he commemorated, brilliantly, the ephemeris with very popular celebrations. At the age of 25, in May 1945, an excursion to the Montserrat Monastery was organized, a banquet in Prats Fatjó, diplomas were printed and a chronicle of the celebrations was written. To commemorate the 50th anniversary, the survivors gathered on June 12, 1970, in Sitges.

Finished the race he specialized in Radiology. He went to Germany to expand studies, first in Berlin and then in Leipzig. He coincided with some pioneers of Spanish radiology, such as Professor Carlos Gil, with whom he established a good friendship. His return to Mallorca coincided with the German economic crisis.

Collegiate with No. 381 on March 24, 1924 at the Balearic College, until his death on April 1, 1985, all his professional work was linked to the specialty.
He set up his first cabinet in the Plaza de San Francisco in the Balearic capital. Early on, his good professional work was valued by his colleagues. In January 1927, José Sureda y Massanet, wrote “A good x-ray made by Dr. José Rovira under the required conditions, revealed the characteristic, indubitable signs of pyloric stenosis.”
In 1933 he was appointed Member of the Guild Board of the school. For having been a councilor of the Palma City Council, for Republican Esquerra, when his brother-in-law Emilio Darder was mayor, at the end of the civil war, he was politically purged.

First publications and change of address.

In the “Balearic Medicine Magazine” of January 1936, he published a long article on “Therapeutic orientation in cancer” in which he analyzes the benefits of physical therapy in cutaneous cancer, in its forms of skin and melanoma, lip, mouth, glandular and rectum according to the most modern applications and statistics.
In 1941, he moved his office and radiological office to Calle Misión n s 4, where he also set up his private home.

Entry into the Royal Academy.

Possessor of great professional fame, when occurring at the Royal Academy of Medicine, the vacancy of D. Gabriel Oliver, on April 6, 1945, he was elected Academic Elect. He took possession of the plaza on December 2, 1948 with a speech entitled “Radiosurgical Treatment of Breast Cancer”. It was answered by the academic Mr. Jaime Munar Pou.

In the learned corporation, in January 1955 and in 1974 he acted as speaker in the Inaugural Sessions of the course; He lectured on “Progress and evolution of radiology” and “Data on the history of cancer”, respectively.

Radiotherapy has incorporated, since the end of the. World War II, numerous technical advances. One of the most notable was the introduction of supervoltage radiation therapy, which uses radiation energy greater than 1 Me V (1 mcV = 1000KV), compared to 250 KV for classical or orthovoltage therapy. These high energies have been used thanks to the introduction of radioactive isotopes, especially Co60, with which cobalt pumps are manufactured.

José Rovira, in 1942, despite the post-war hardships, imported from the United States the first semi-deep and deep radiotherapy apparatus, up to 200 Kvs, that existed in the Balearic archipelago.

It was a General Electric X-Ray Corporation brand device, which is currently preserved by Dr. Jaime Socias, in the original location.

A defender of teamwork, he believed that “it represents more a need to carry out a complicated act of diagnosis than a consequence of progress.”

In the X-ray office of Dr. Rovira, Javier Garau Armet and Bernardo Rovira Marqués, in collaboration, carried out the works entitled “Importance of a correct technique in radiological exploration of the bile ducts” and “New techniques and contrasts in bibliography” works that were released on November 2, 1955, at the Royal Academy, accompanying the exhibition with the projection of slides and illustrative radiographs.

Interested in the new drugs used in radiographic contrast techniques, he incorporated them into his ordinary work and, in a session on June 3, 1958, offered “A Case of Gynecography” in which he presented a series of radiographs made with this modern gynecological examination technique, detailed the maneuvers to be performed and the diagnostic results.

Likewise, on October 1, 1964, thirteen years after effective cobalt sources became available in the United States, Rovira Sellares installed the first telecobalt therapy apparatus in the Balearic Islands in his cabinet.

Another example of José Rovira’s innovative character is found in the fact that on February 15, 1974, with his cabinet partner Antonio Alastuey Pruneda, they installed the first source of contact or Chaouel radiotherapy in the field in February of the Medicine of the Islands. With this new technique, a very pronounced dose reduction was achieved as a function of depth, and it was possible to administer a strong dose of radiation to the superficial pathological tissue without affecting the underlying healthy tissue.

In the Rovira Alastuey cabinet, a xeroradiography machine was installed on November 20, 1979. It was a Brand Rank-Xerox-125 model consisting of a 650W conditioner and a 1725W processor by which electrostatic images were obtained based on the photoconductive property of some bodies.

José Rovira, a student of the specialty and a visionary of the future, to his healthcare work, innovative and introducing new diagnostic imaging methods, believed that radiology would fragment into parts that would bring medicine its drive for progress, especially with roentgencurieterapia, radioisotopes, radiotherapists, etc. as it is not possible, due to its size, to dedicate itself thoroughly to branch investigations. Supporter of the division of the specialty because he considered it humanly impossible to follow progress in diagnosis and therapy together, he made his opinion known in the work “Progress and evolution in radiology”, delivered in January 1955. In his regulatory speech, he stated: ” The integral radiologist who wants to sustain his exercise within the next ten years, runs the risk of not practicing his specialty correctly “. 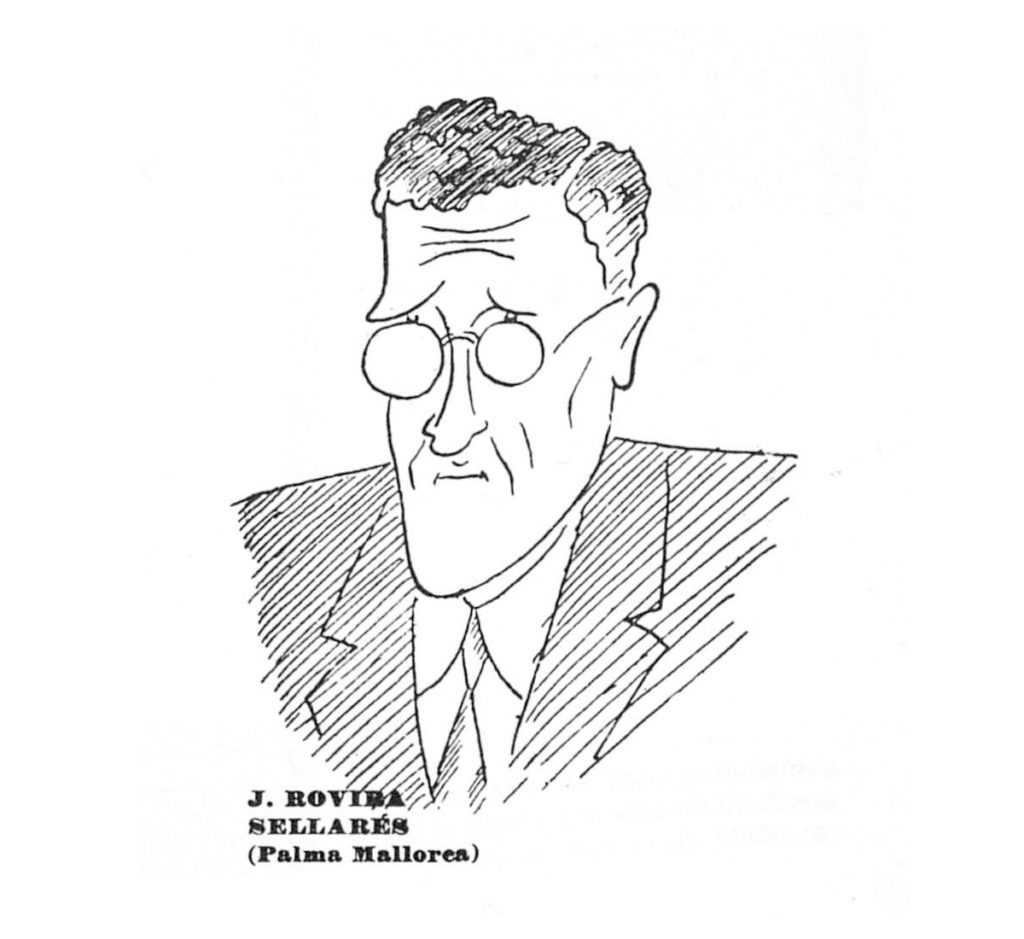 Consistent with his principles, and in order to offer better assistance, throughout his long professional career, he associated with other radiologists, first with his son Bernardo, a vocational radiation therapist, who died early in 1975, a victim of leukemia and later, with the radiologist Antonio Alastuey Pruneda.

A tireless worker, he showed his fertility, acting as a speaker at the Inaugural Session of the Academic Year of 1974, at the Royal Academy, with the theme “Data on the history of cancer”.

In the year of the centenary of the announcement of the discovery of X-rays, in the Palma street of Mission, No. 4, more than half a century after its inauguration, the cabinet that bears its well-known name continues to provide effective service.

Today, the Rovira Cabinet has new professionals, new infrastructure and, as always, the best care and service in Diagnostic by image.

Any cookies that may not be particularly necessary for the website to function and is used specifically to collect user personal data via analytics, ads, other embedded contents are termed as non-necessary cookies. It is mandatory to procure user consent prior to running these cookies on your website.